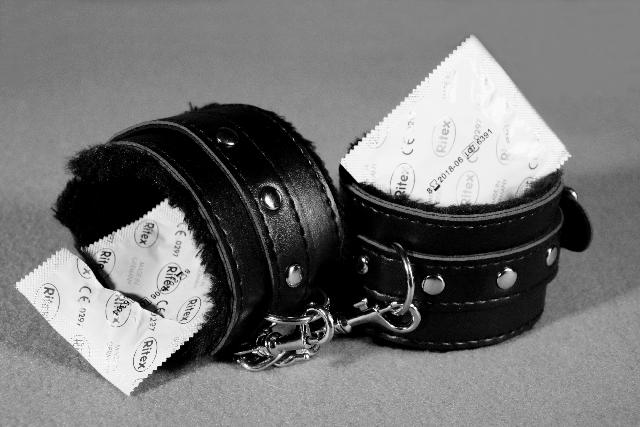 To me, sexuality is a branch on a tree of life.

I’ve been bullied by both males and females, and I’m not even LGBTQ.

I’m relatively attractive and I get more action when I don’t talk, because my teeth are so big that I’m not sexy unless I force my lips to have a certain shape.. lol

I’m not tall and my dick isn’t big,
so I don’t know where I fit in today’s sexual “market”.

I’m not rich either. Lol

Every time someone says they love me, I feel like how you feel when you go to a store and a cashier says, “come back and see us”… it’s not empty, but I’m not taking it seriously either.

I didn’t have sex until my senior year in high school, because I avoided every woman that tried to sex me up before then. They seemed so old and nasty. And one time it was a girl 4 years younger than me that tried to give me some…
What could they possibly want with me if it didn’t work out with the athletes? Shouldn’t I go play video games and make music like the other people they made fun of (who are rich now)?

I’m an economic minimalist.. I keep part-time jobs that don’t say much because I”m afraid that if I do too much, I’ll be exposed to the reality of what money and popularity can do to the people that used to swear that I’m lame or “square”, even while I used to hang with the troublemakers.

When I was told that I was a ringleader of troublemakers, I knew I was doing something wrong.

That affected my beliefs on a spiritual level, and it affected my sexuality because I had already been exposed to people who had no sexual limits, and could afford to make mistakes under the eyes of the law. No consequences. It made me question reality and I questioned the religion that I was brought up to believe in.

For some people, they were lied to, for others, they were molested, or abandoned, or straight up killed, etc. For some, it was al of the above. For me, I was lied to, and my health (and life) was put at risk. Now I avoid most contact with my own friends.

I don’t spend much time around my family or my own children, and I end up going days, weeks, and months without physical contact at all. Recently, the internet and alcohol were easier to access more than someone who’s honest. I’ve actually spent a year in a marriage without feeling married. I had more opportunities to fuck other people than I did my own spouse. It was embarrassing, but according to friends I had at the time, I should be proud. lol

I have dreams about women I’ve never seen before that seem like they care, but when I wake, the only people that both care AND want to fuck me are the ones that will fuck anybody. I don’t judge any of them, neither do I hate them… but I’m embarrassed because it doesn’t change the confidence that I have in myself, let alone others.

Now I don’t know if I was being faithful to an actual person, or to doctrine.

My unanswered questions led me to spending time in risky places, just to see what happens at the cost of my own life. Everyone seemed so sure about their beliefs.

I was around the pimps, the prostitutse, the strippers, the simps, and whoever else you can name, and I still get asked for my I.D. like I just turned 21.

At one point and time, I was the only one in the room who wasn’t LGBTQ, and it baffled me that what I saw in the media isn’t what I experienced in real time. Still, I’m not LGBTQ, but according to everyone I’ve ever met, I’m “weird”.

Am I anything enough to be considered anything? Right now, I don’t think so, and I’ve shown that through my actions. Honestly, I don’t feel human, and I don’t feel robotic. I don’t feel like an animal either. Talk to me about spirits when you think you know what a spirit is. If you feel lost, that’s where I’m at.

The energy I have is under-stimulated and always active, and I don’t know if it’s related to age or not, but when I talked about it with others, they acted like I have some sort of temporary spark for life, so whatever.

It’s been years now, I still feel the same.

I’ve gotten erections out of nowhere and when I looked around, there’s a woman nearby (that I wasn’t paying attention to) that is checking me out and she wants me to know she is). That didn’t happen a few years ago. I still look the same and I’m still not rich, so maybe they’re just having a low self-esteem moment? Ovulation? The dude they REALLY want is unavailable? I don’t know. I’m not exaggerating.  If there’s a man checking me out, it doesn’t feel like that. It’s a different vibe. Just because I’m not interested, doesn’t mean I can’t feel some sort of energy around me. Or am I crazy? Schizo? Cutting myself short? I don’t know, but the last time a woman asked me to smash, I said no because I didn’t feel like feeling empty afterwards, and she cried. She’s pretty, she’s smart, and she doesn’t seem to have any issues that’d make someone be disgusted with her. I said no because I didn’t think it’d be worth it. Plenty of other guys would take it and leave it.

It all has affected my sexuality.

The last time I had sex, she kept saying I was nasty while at the same time sounding pleased, you know how some people just like to talk while they get into it… and in my mind, I wasn’t doing anything more than a couple of push-ups and thinking about what I was going to eat when I’m done. If she was faking, that’s actually better than being sexually underwhelmed on a daily basis. I looked online and the only people that share similar feelings are women, so I had an identity crisis. I was afraid that I was being ungrateful for something good. I became faithful to my idea of loyalty, not to an actual person. I was humiliated by it, and wanted to just be alone.

Every woman I’ve ever been with has had way more experience than me, but for some reason they act like I’m the one that’s wild and dangerous, and because of that, I’ve questioned whether or not I belong anywhere, I’ve questioned my sexuality, and I’ve questioned my identity. I’ve literally changed my name. Like… legally. twice.

It doesn’t make sense to me, so I don’t expect this to make sense.

I remember when I was spending time with a lesbian who’s talking to me about undercover folks in the city, knowing who is gay and who is not just by looking (gaydar?) nat them, and I asked if I have gay vibes, she said, “nah you’re just super weird, bro..” lol. I wasn’t relieved when hearing that. I felt lonely as hell, and everyone else since then seems to have such a clear outlook on who they are and where they are supposed to be.

I figured that instead of seeing who’s grass is greener, I’d just stop looking and walk away from all of this. I’ve been made fun of a lot since then, and I’ve been picked on, and attacked, but I’m the one with a felony assault that would show up on my background checks. I had the opportunity to spend time with other people who feel oppressed and misunderstood. Now I don’t complain.

I’m actually afraid that I’m naturally asexual, and every choice I’ve made with everyone in my life is a mistake, and every creative effort that I make is supposed to be a band-aid over the fact that I’m just a mistake. I’ve really cried over this. I thought I was supposed to be some weird, small, lonely man, making art from a distance and being dead long before anyone knew I was alive.

I’d secretly smile when I see other couples. Hoping for the best, telling myself it’s too late for me, and the least I can do is be honest at this point. And instead of throwing a pity party, I’d down some whisky and hit the streets, play games, and be a vigilante…

I was never into eating ass or receiving, but I didn’t judge people who spoke highly of it. I’m still satisfied with what the women I have can give

Most people I’ve met didn’t try to convert me or take advantage of me when I was drunk and making music in the next room, and I think everyone I’ve met can agree with me on what’s really (universally) wrong, with and without religious doctrine, although one is nothing without the other. I suffer enough pain from my appearance just as much as I suffer from my beliefs, but I carry my cross just like you do.

Lol, I kind of wish that this was a “coming out” moment, but the truth is, it’s not.

You know how society rewards fake victims while ignoring the real ones.

The truth is, is that there’s been a constant and endless attempt to convince me to somehow forgive the injustice that has caused all of this in the first place. And I struggle with that, but I don’t struggle with telling people I love that I really do love them.

I used to question myself.
MY race.
MY sexuality.
MY beliefs
and my loved ones.

Most interactions seem transactional now… fake…
On one side I have some distorted idea of loyalty, and on the other, it’s a perverted sense of sexual expression mixed with a worship of money…

I wish I were anywhere that I didn’t feel like that.
If it helps, I was playin this song in the background, and if you have any questions for me as far as details, I’ll answer them honestly.

My First Orgasm.    I was young and infinitely curious, which is a terrible combination when you’re discovering sex. I’m 19 at the time, and been having sex for a while. I was your typical […]

I was once the Dom of a popular news anchor here in Oklahoma. He was one of my best clients! Once at a company christmas, he called me into the bathroom, put $1000 on […]

Submitted by: R.A from NC This Sexkapades story starts with me attending a PWI in my peak blackness stage. Dont Judge Me: My dormmate was pretty cool. She was a young white girl, who grew […]

WOW. The flow of emotions while reading this…